Turntabling has some new stock in, lots of Ennio Morricone goodness being added to the inventory this holiday weekend. But we are also excited to announce that we’re going to be adding more used vinyl to the inventory-a lot of rare and excellent titles from Sisters of Mercy, The Cure, Johnny Thunders, Robyn Hitchcock, Roxy Music, Romeo Void, a LOT of pre-owned vinyl coming your way soon.

When it comes to used vinyl, Turntabling takes a conservative approach. There is visual grading and that usually includes a spin on our turntable to make sure there are no undetected warps or other general issues. Our equipment isn’t YOUR equipment, so performance may vary depending on the type of needle you’re using, whether your tone arm is properly calibrated, age and nature of your turntable, etc. But we try to be as transparent as possible with our descriptions.

If there’s a noticeable issue with a vinyl record, it should be described in the listing, but Turntabling also believes in satisfaction, so if you encounter problems with an unsealed, used vinyl record you’ve purchased, do get in touch.

We’ll be updating the site when the new titles are live! You can shop our current inventory in the meantime, with hundreds of new, sealed vinyl waiting for you.

UPDATE: This sale is now closed. 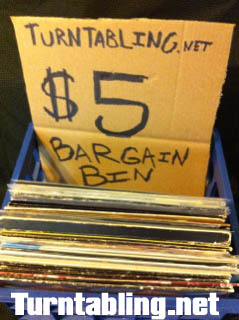 This is our newest feature at Turntbling; every good record seller should have a discount bin of vinyl records to offset the crazy, ultra-rare vinyl finds that collectors lust after. This is the Turntabling version, which I will be posting regularly with updates and additions.

Most of the vinyl in the $5 bin is first-come, first served only as there are only one each per title. If it’s available, you’ll be able to purchase and pay for it. If not, the system won’t let you check out–it will show the item as sold out instead, so there’s no worry about paying for something that isn’t actually available.

The bargain bin is one of the best things about buying vinyl–it lets you take chances on sounds  you’d never pay full price for otherwise and make all sorts of amazing new discoveries.

We kick things off this time with a nice little selection of obscure and not-so-obscure titles…good luck and happy hunting.

All titles are at least in Good condition or better, but it should be known that in many cases these records are passing from one music lover to another–they have been played, not collected and the intent of the discount bin is to encourage new musical obsessions rather than feed the “mint condition, never played” collector’s addiction.

Culture Shock by Chain Reaction. An album that screams 80s until you go completely stone, cold deaf. If you spot someone in a beret and trenchcoat on an album cover, it MUST be from the 80s. It’s some kind of law. Five dollars is a bargain–just LOOK at that beret! 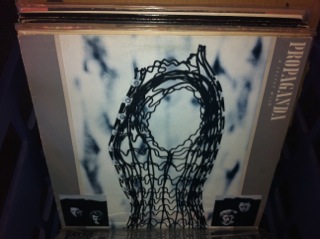 A Secret Wish by Propaganda. Nice abstract cover, letting you know this bunch went to art college, or at least wanted to. Instead they wound up on vinyl. A fiver gets you the goods. 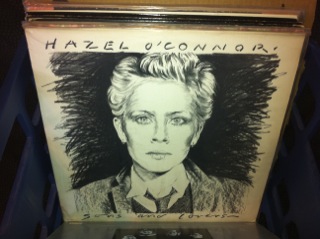 Hazel O’Connor is probably best known for her new wave antics in the fun Breaking Glass movie produced by Dodi Fayed (yes, THAT Dodi Fayed) back in the new wavey 80s. Her D.H. Lawrence references might confuse someone looking for robots and UFOs after Breaking Glass, but don’t let that stop you from totally digging on this other side of Hazel O’Connor on her Sons and Lovers LP. Is five dollars really too much to pay? She’s wearing a TIE! 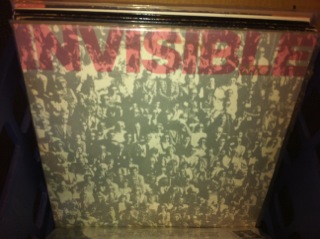 What was it about new wave bands? Some of them seemed to choose names that seemed to doom them from the start. Whatever you think about the actual MUSIC of Invisible Zoo on this self-titled new wave/power pop EP, the name of the band in hindsight…well, wait a second. What about A Flock of Seagulls? Or Pink Military? Never mind, it’s five bucks for all the power pop love you can take. 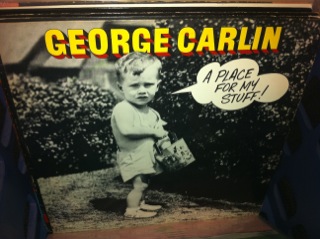 George Carlin, we miss you! This album, A Place For My Stuff, has some of his CLASSIC routines. Love this one. Five bucks makes George smile from the other side. Wherever that is. 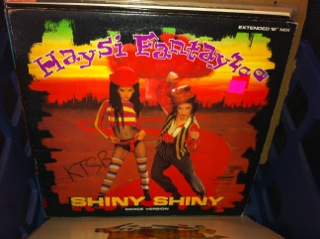 OK, we admit a certain soft spot for Culture Club era pop tunes. For anyone who read Take It Like A Man, the Boy George bio, Haysi Fantayzee is a familiar name. This is the 12-inch single for Shiny Shiny, the apex (or nadir, depending on your point of view) of that whole scene. If you spend five bucks on this one, you’ll be enshrined the Hall of George forever. And that’s a good thing.

There are more bargain bin vinyl sales coming soon. This is just the beginning! I have TONS of this stuff, but can only post it up so fast. Stay tuned for more, vinyl lovers. Five bucks apiece!