For decades, Projekt Records has been releasing dark music on vinyl, CD, and digitally. The label is home to a variety of artists including Black Tape For A Blue Girl, Steve Roach, Voltaire, Unto Ashes, Weep (Doc Hammer, co-writer of the Adult Swim show The Venture Bros.), and Love Spirals Downwards.

When vinyl hit that strange twilight zone era between CDs and digital, many record labels stopped paying to press LPs in favor of the digital option. Projekt Records vinyl is hard to come by (there’s one single, solitary Black Tape For A Blue Girl title on LP in the Turntabling Collection) but there’s a new title in the works–something darkwave fans are sure to love.

Patrick Ogle talked with Projekt’s Sam Rosenthal about a new vinyl release currently in the funding stage on Kickstarter. On the Projekt Kickstarter page, Rosenthal says, “People often ask if I am going to put out something from Black tape for a blue girl on vinyl. In fact, there was vinyl years ago for the first two albums. But that was a different era, and now it’s time for us to put out vinyl again. When I say “us,” I mean you and me; because together, we can make Remnants of a deeper purity exist on vinyl. It’s your support through the pledges (to the right) that will raise the money so this project can happen.”

Why vinyl? Why this release and why now?

It was really the fans on Facebook who inspired this. They’d been asking me about Blacktape on vinyl, and I’ve been sort of hemming and hawing: not sure if there really was a need for it. But they kept asking, and I figured, ‘why not!’ Remnants of a deeper purity was recently voted their favorite album, also on Facebook. So it seemed like the logical album to release.

Why do you think this is the best selling black tape release?

That’s a really hard one to answer. I’ve always felt that Remnants is one of the more ‘obscure’ Blacktape albums, in that it’s about forty percent instrumental and long violin/cello passages. It’s a lovely album, just not the most mainstream of my releases. It came out in 1996, which was really the peak of the darkwave scene. So it’s success might partially be due to ‘right album at the right time.’

If it were more economical would you do more releases on vinyl?

We’ll have to see about that. It’s really a question of demand. You know that people are rapidly abandoning physical formats. So this Kickstarter will help me understand the desire for my music on Vinyl. If people want it, I’ll certainly do more.

Do you think the audience for vinyl are as interested in the packaging as the sound quality?

I think so, yeah. That’s the big draw for me. I love the large format landscape of an album cover. Remnants is going to have an 8-page booklet. that’s going to be super lovely! And it’s going to include the names of everyone who pledged on Kickstarter. That’s a really nice thank you for people’s help making it happen.

Have you ever thought of doing a subscription service a la “Third Man” for Projekt?

I’ve been thinking about doing that for Black Tape For A Blue Girl, actually. With the diversity of the releases on Projekt, I don’t know if people would go for the subscription. Do the ambient fans want the Goth Rock releases? I dunno. Maybe that’s a question I should be discussing on Facebook, to see what people think.

Are you going to remaster this for vinyl? What are you listening for in a vinyl release versus mastering and mixing for CD?

I have a guy in Europe who is going to master the album for me. Anders Peterson at GS Mastering & Post is the guy Mannequin Records used to master the reissue of my 1985 minimal synth album TANZMUSIK. He did a fabulous job, so I’m asked him to do Remnants for me.

He really knows what to do, to make great sounding vinyl. What am I listening for? Well, the album was mastered in 1996. So I definitely think the technology has improved, to make it a much better sounding album. I am going back to the original DAT mixes, will transfer them to digital, and then listen for what I think needs improvement, and will send those notes along to Anders. It’s going to sound great.

The Black Tape For A Blue Girl Kickstarter to put Remnants Of A Deeper Purity on vinyl ends at Midnight on December 16th. 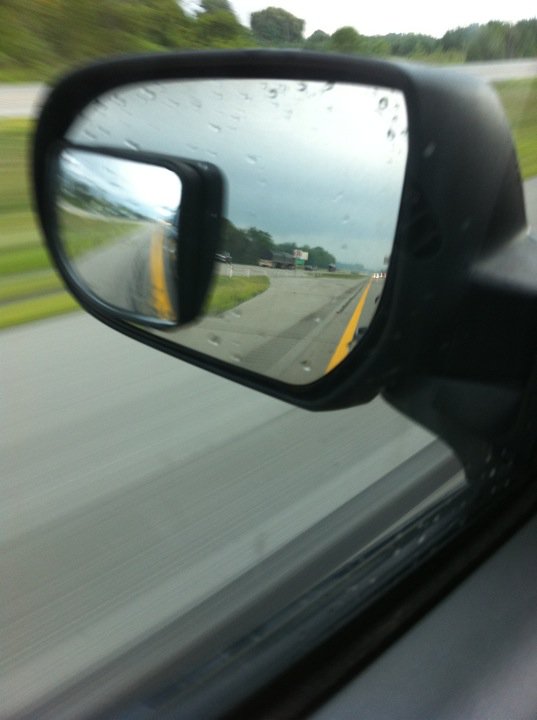 Back from Vinyl Road Rage V and the last week has been busy busy getting ready to start selling rare, vintage and just plain amazing vinyl records again. There have been a boatload of amazing new finds and there’s much to share. Stay tuned for updates on the latest vinyl for sale.

In the meantime here’s a little gallery of images from the road trip which covered one thousand miles from Chicago to Pittsburgh and back with plenty of stops in between. To view a larger version of each image, yes, just click on ’em… 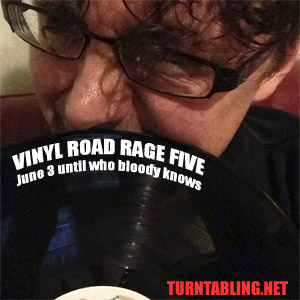 There’s a lengthy itinerary that I’ve decided to reveal as I go, rather than publish in advance, only because the length of the trip depends greatly on how much insanity happens along the way. How rare does the vinyl get? How much can I bring back? Will any of my finds wind up for sale at some point in the Turntabling shop??

There will be plenty of updates between this space, my Facebook page and my Instagram account. Join me on all three as I document the cross-country road trip and all the unique, weird, and interesting finds along the way.

It’s going to get crazy from here! 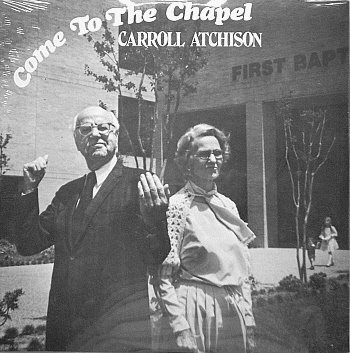 I have never listened to Come to The Chapel, but I can only imagine that it’s totally dreadful–LOOK at this and try to convince someone, anyone, that it’s worth five seconds of needle-drop time. Just TRY.

But that’s besides the point. I could NOT get it out of my head what it was this LP cover was reminding me of in all its wretched glory. And then it popped into my head like the distant drunken memory of touching a party guest inappropriately after one too many glasses of wine…

If you’ve never seen the film, that reference will mean NOTHING to you…but if you HAVE seen House of Whipcord, doesn’t this poor old born-again crooner lady bear the faintest resemblance to the creepy whip-loving matron of the private dungeon in the Pete Walker flick?

She just projects the VIBE of someone who would be inclined to keep “wayward girls” locked up in an illegal detention center waiting for the chance to put ’em on trial or lay down the whip, either way.

If you have not seen the movie, you owe yourself a look at this obscure 70s retro classic of Brit moral terror. Click the pic to go buy it right this effing instant from Amazon.com. 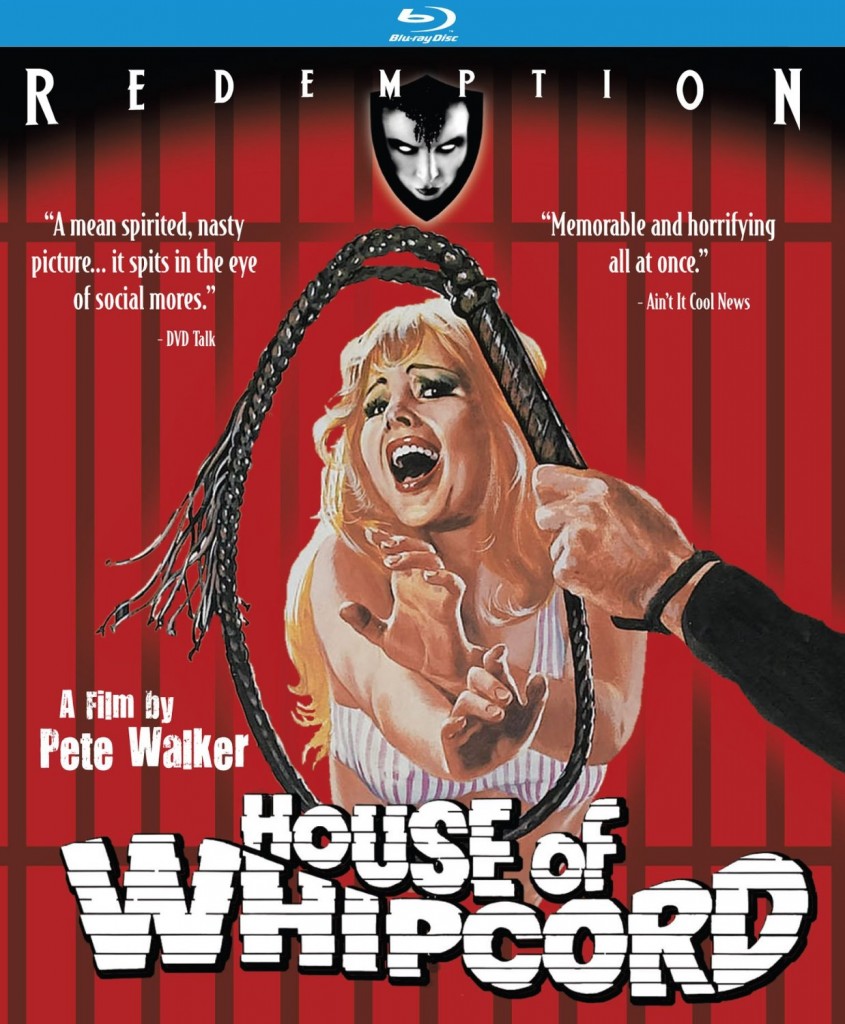