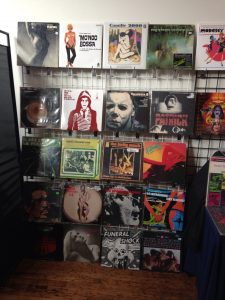 There’s an article on the BBC official website discussing “11 super-rare vinyl oddities” discovered in the BBC record archives. No, none of the vinyl in the image above are mentioned in that article, and to be honest not many of the titles discussed in the article are really that odd, but there is one exception.

Apparently, the mid-1960s, the King of Thailand recorded a full-length record titled, “King Bhumibol – Musics Composed by H.M. The King “.

A vinyl record recorded by a then-living monarch? That’s odd enough. But it might be best NOT TO LISTEN to it-what if it SUCKS HORRIBLY?

That isn’t a problem most of the time, but Article 112 of the criminal code in Thailand states, “Whoever, defames, insults or threatens the King, the Queen, the Heir-apparent or the Regent, shall be punished with imprisonment of three to fifteen years.” If you let even a single wisecrack slip about needing some Crown Royal to be able to endure singing by someone wearing The Royal Crown, you’re taking your freedom into your own hands.

And they aren’t kidding. People can and have received stiff sentences for violations of Article 112-one poor bastard was sentenced to 60 years. The sentence was ten years for each one of his critical Facebook posts.

So the best advice is probably not to listen, just in case you don’t think it’s the greatest thing since urinating on the side of the road in the middle of rush hour on Route 66. But the record DOES EXIST. And that is…unique. But if you EVER plan on visiting Thailand, better keep your opinions about this record to yourself-you never know! (image below courtesy of the BBC) 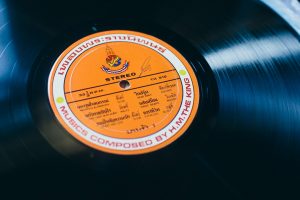