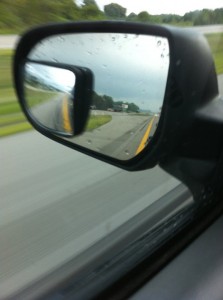 It’s that time again…Turntabling’s annual voyage across the United States in search of the best indie record shops, the weirdest vinyl, the most amazing and noteworthy finds. Yes, VINYL ROAD RAGE FIVE is in the planning stages now and set for a June launch.

This year, for some reason, the M cities are getting special attention. It wasn’t by design but I’ll be hitting Milwaukee, Madison, and Minneapolis just to name a few. There are a staggering TWENTY FIVE record stores on the list this year including some “secret” stops and a lot of wonderfully well-known places as well.

Vinyl Road Rage is something that does not like to repeat itself–I try to hit places I’ve not been, hence the journey towards the Twin Cities, but this year there are some early scheduled stops at some favorite stomping grounds of Viny Road Rages past including the mighty Jerry’s Records in Pittsburgh, PA.

I will be posting a tentative list of all the record store stops along the way which is SUBJECT TO CHANGE, and also be running down a few interesting items about Vinyl Road Rage in the days to come. It’s worth pointing out that this insane road trip is on a schedule that juggles a bit of paying freelance work (oh, yes, I’ll be doing some work from the road, believe me…), driving time, hardcore record store buying and more…I say that in advance by way of apology to my friends and colleagues I might not have a chance to stop and visit with while I’m passing in or near certain cities.

It seriously bums me out to have to keep to a schedule as such, but being a hardcore vinyl blogging indie record store road warrior does have it’s price–and paying heed to the clock and the calendar is definitely it.

Vinyl Road Rage will feature video, podcasts, blog posts and tons of photos from the road. Stay tuned, record store lovers…this particular Vinyl Road Rage is one for the record books. Or at least A BOOK of some kind.