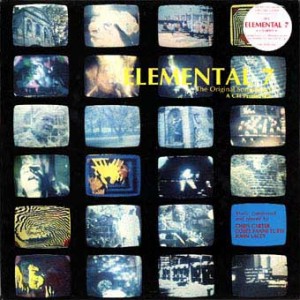 This is a rare vinyl record released on Cabaret Voltaire’s Doublevision label back in the 80s. The soundtrack to a Doublevision video of the same name, Elemental 7 features Chris and Cosey and John Lacey performing as CTI, Creative Technology Institute.

Lots of analog synth action going on here, with dialog and other vocal sampling going on with tracks like Meeting Mr. Evans. The music won’t shock fans of Cabaret Voltaire, Throbbing Gristle, Coil, and the likes, but for me, the real draw for this record is in both its cross-pollenation with Cabaret Voltaire and the fact that it’s for intents and purposes an archive of material that no longer exists.

The masters for this release have since been destroyed due to poor storage. The sounds were saved from oblivion at the last moment for a CD reissue of a set of projects on Conspiracy International, but this album is the OG release–an artifact of original multi-track tapes that have given up the ghost.

Check out this sample from the album. “Meeting Mr. Evans” is definitely something I would have been attracted to then, and still am now. I’ve always had a soft spot for this sort of thing, which is why anything released on Doublevision has my full attention–even when it’s not that great overall, there’s still a certain quality about the material that keeps me coming back for more.

(and yes, I do have a copy of Elemental 7: The Original Soundtrack for sale on Etsy.com, for FAR CHEAPER than it is selling from other people on places like Discogs.com where this record is listed for upwards of $70 or more. Yowza.) 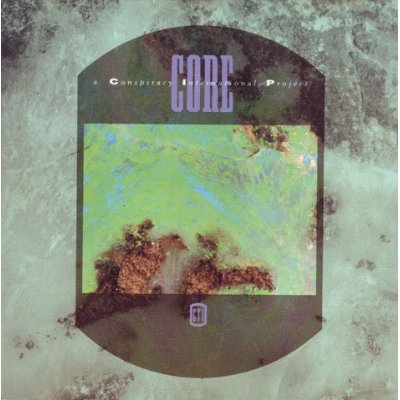 Here’s a rarity: a Chris and Cosey project on Nettwerk featuring Monte Cazazza, Boyd Rice, Lustmord, Robert Wyatt, and Coil. CORE, a Conspiracy International Project, has of the guests working with Chris and Cosey on a single track each (by remote with tapes and pre-recorded material delivered to theThrobbing Gristle duo, according to the liner notes) on this seven-cut LP. By far the most intriguing and listenable of the seven is the Coil cut, Feeder. 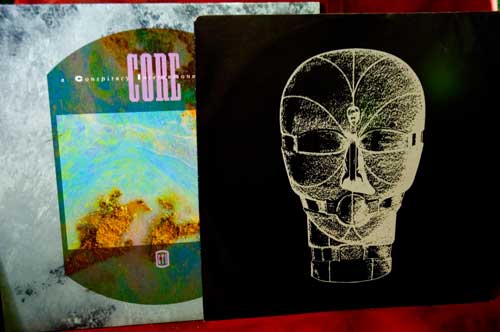 The Boyd Rice track is easily the weakest entry; Lustmord and the Robert Wyatt collaborations are well done but good as they are, none of the seven cuts truly lives up to the power of Feeder. Nuff respect to the other contributors, but damn…

I scored this recently in excellent condition and am pleased to have found it–anything featuring Coil on vinyl is an especially rare treasure these days. Have a listen to the Coil track from CORE via YouTube…a nice find there, I must say–I didn’t expect to find it lurking, but there it was.

P.S.–This 1988 vinyl LP edition of CORE, a Conspiracy International Project is not for sale per se, but I am open to offers. It’s going for around $40 elsewhere and the COMPACT DISC version sells on eBay for $36. Send an offer to jwallace (at) turntabling dot net if you’re interested.