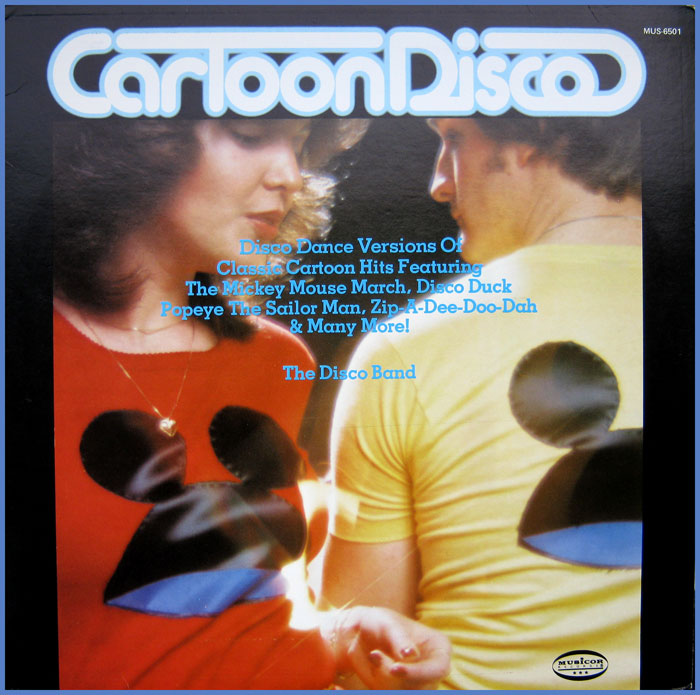 To be fair, the bad album art is really not the main event here, though if you were going to try to sell an LP full of already unlistenable crap repackaged as disco dancefloor hits, you’d probably want to show some people actively engaged in, oh, I don’t know, DISCO DANCING?

The cover photo for this looks like the woman just brushed off a drunken groper in some sleazy snack bar; if these two are supposed to be having a good time listening to a disco-fied “Zip-A-Dee-Doo-Dah” it’s impossible to tell. The grimace on her face alone says “bowel surgery” instead of “hot disco fun”.

Now to the realy question. WTF made ANYONE think an album of disco versions of The Woody Woodpecker song would actually SELL? “Hey guys, here’s a great one, let’s spend $70 grand reworking Popeye The Sailor Man into a Studio 54 staple.”

The group that recorded this musical death rattle? Disco Band. they thought so much of themselves that they took the first name that came out of the engineer’s mouth. “Hey, Charlie, what do we call ourselves on this piece of crap, anyway?”

For my money, the song to kill yourself to on this record would be Chim Chim Cheree, which I’ve hated since the first time I heard it as a child. But then again, I hated cartoons at an early, early age (single digits, folks) because–get this–they weren’t VIOLENT ENOUGH.

No wonder I hate THIS with such a passion. And I LIKE disco cheese. But the idea of listening to ten seconds of Zip-A-Dee-Doo-Dah for any reason at all gives me the makings of my very first seizure. 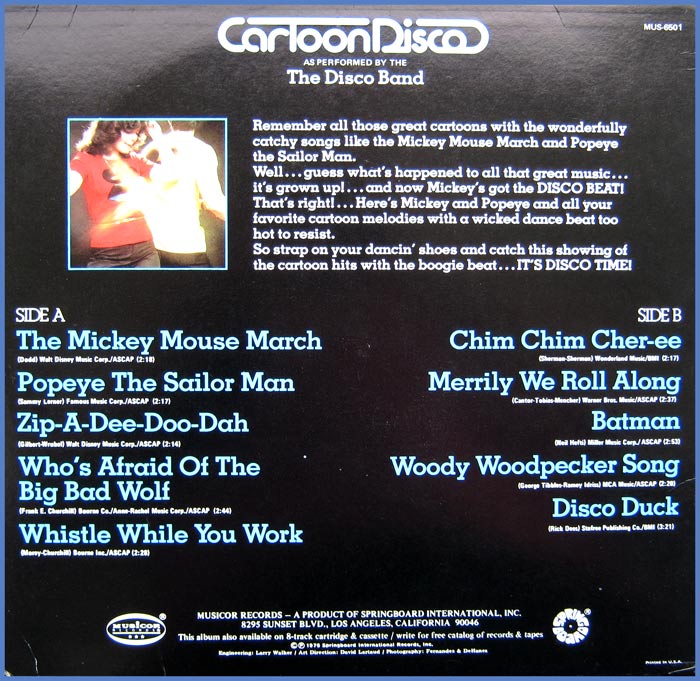 Many thanks to all who came out for Zombie Disco at Chicago’s Viaduct Theatre. A great time, tons of tunes, and the zombies were out in full decaying regalia. I spun for FIVE HOURS and let me tell you, that’s a musical kamikaze mission if there ever was one!

Was great to have the turnout  of what seemed to be  the majority of Chicago Horror Society members on this–the undead came out in force and were truly appreciative of the DJ disco attack. The evening started with Throbbing Gristle, ended up with some dub reggae, with a staggering collection of disco classics and obscurities thrown in between for good measure. I really enjoyed mashing up Throbbing Gristle with German disco sounds in the beginning of the set.

This site has been a bit sleepy as of late due to massive work, but we are still breathing and prepping for a new massive attack of vinyl-related goodness. Stay tuned. In the meantime, special thanks to the Horror Society crew and all who attended to make the Zombie Disco night a great success!