BACK IN STOCK at Turntabling

Morricone really outdoes himself on this one. From the proggy jam on the opening titles, to the trippy, echo-laden sounds and creepy atmospheres later in the album, Four Flies On Grey Velvet is definitely a keeper of a record, no matter what you might think of the movie itself.

Some feel Four Flies on Grey Velvet is a weak entry by Argento, but the quirky characters and the fact that Morricone’s score threatens to become a character in the movie itself gives this one a special, left-of center place in the Turntabling 70s movie hall of fame. It’s become one of our favorites.

The movie is atmospheric, creepy, and has some really excellent, moody set pieces. We can’t say enough about Morricone’s music on this one–there’s a haunted quality about it that lends plenty to the film–in lesser hands, who knows?

The soundtrack is presented here in a beautiful gatefold sleeve and is pressed on glorious 180 gram vinyl. Buy the Four Flies On Grey Velvet OST vinyl LP for $29.00 plus shipping while supplies last. This is an imported, sealed vinyl album pressed in 2001 on Dagored.

Have a look at the trailer for Four Flies On Grey Velvet. We recommend watching this movie late at night in a darkened room. We tried it in the daytime, and it just doesn’t work the same way… 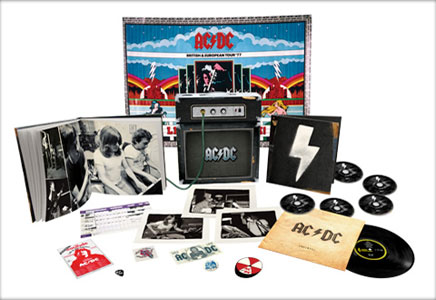 This is fairly nuts, but you have to admire the vision–Aussie lads AC/DC are set to release an insane box set of live and studio rarities, according to Paste Magazine. The Paste article says this is due out in early November, but you can find it for sale now on Amazon.com.

Back Tracks features three CDs, two DVDs, plus a 180 gram audiophile vinyl record full of rare studio stuff. Oh, did we mention the damn thing comes with a working guitar amp as part of the packaging? According to Paste, the head is fully functional. END_OF_DOCUMENT_TOKEN_TO_BE_REPLACED

What a long strange vinyl bughunt it has been…From Chicago to San Antonio, I am now halfway through the driving insanity. Tuesday is OKC and Dallas…maybe even Denton if I feel REALLY sexy. I might just, after the stuff I was hearing all around me today at the record emporiums.

The following was overheard in one of the record shops I hit today–people with cell phones talking very loudly never know when they’re going to get their 15 minutes of fame. But when people are practically shouting this crap in your ear, it deserves a second go.

“Yaww, yew jist pour it in yore pee. Maik shore thu kristles are all, you know, like, dissolved and all or you’ll fail the teyust.” It was a 50-something woman who looked like an office drone. She sounded like a backwoods Tim Leary.

Then, ten minutes later, a COMPLETELY DIFFERENT PERSON on the phone. “Yah, yah, you just pour the little envelope of crystals into your pee. Look to see if it changes color. You only go about three ounces of pee anyway, don’t worry about it!”

In Springfield, Missouri, we now know people like to put additives in their pee. Should I ever go back there? 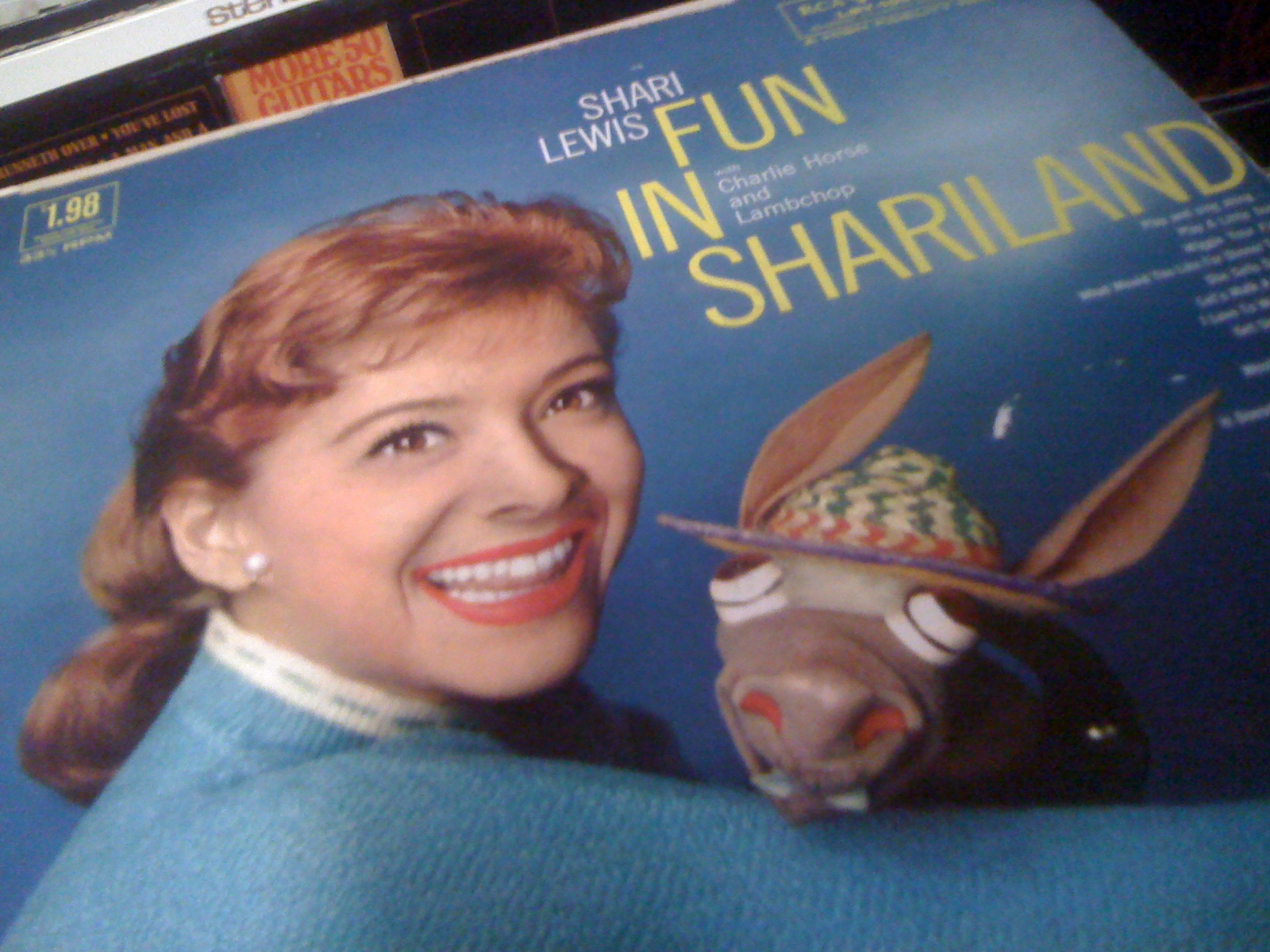 Oh, but she looks far too INTO having that puppet so near…where is her OTHER hand?

But wait, there’s more. Just in case you hadn’t quite finished playing a game of canasta with the Moosehead Lodge brothers, here come Herb Alpert to trumpet you TO DEATH. That sticker boldly proclaims that this is the very very FIRSTEST TIME IN THE WHOLE OF FOREVER that A Taste of Honey has been released as a picture disc. I’m touching myself even as I write this, I am so excited about the idea of this picture disc EVEN EXISTING. A bargain at twice the price, eh Eugene? Yeah, daddy-o. Let’s take the Galaxy 500 for a spin to the malt shop. No, wait, wrong culture. Martinis, everybody? 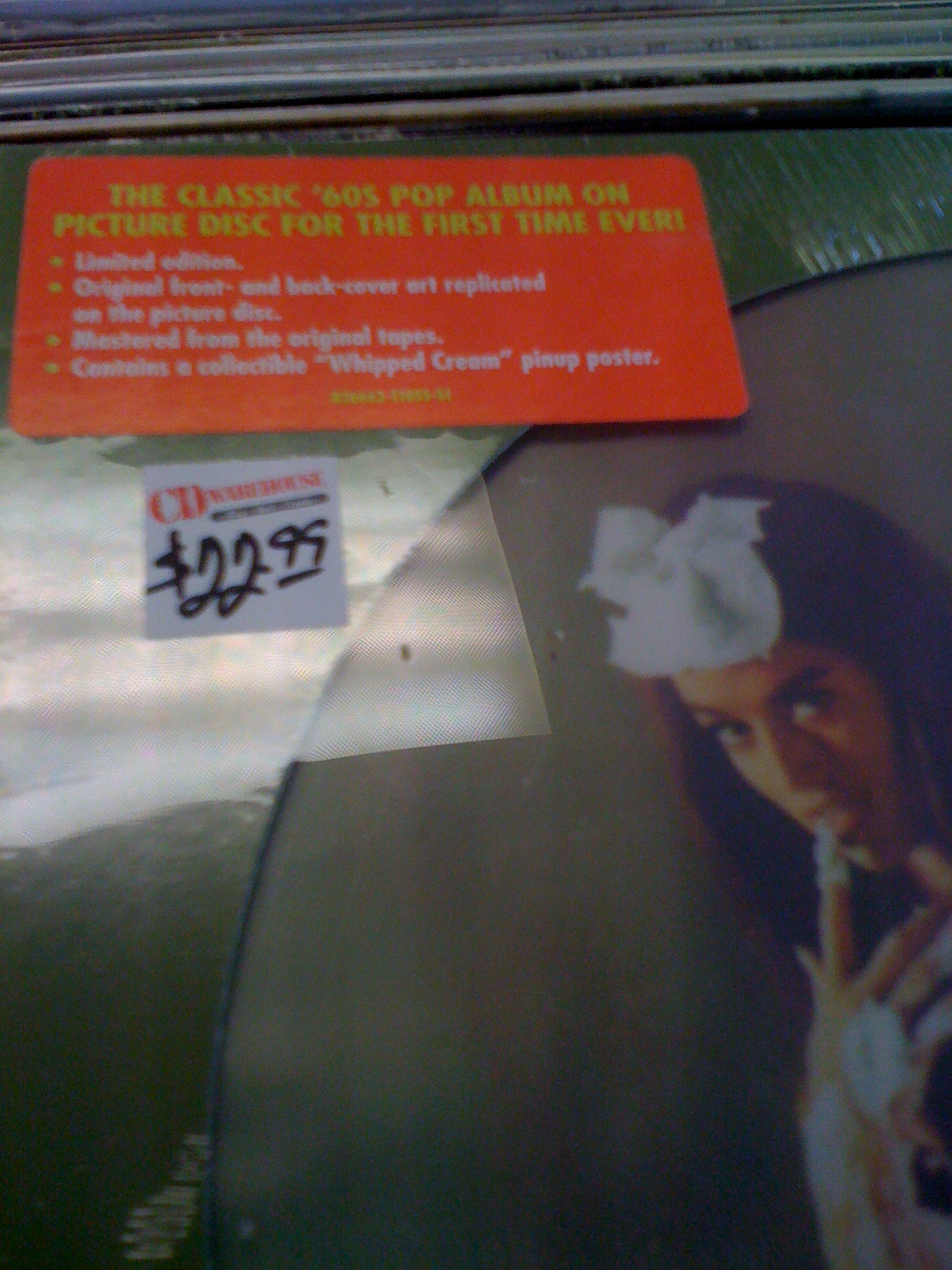 Just when you thought it was safe to fire up the record player, another face from the past comes back at you like a spoiled cinema hotdog. I’m so tired from driving that I can only hope that last line made as much sense to you as it currently does to me. 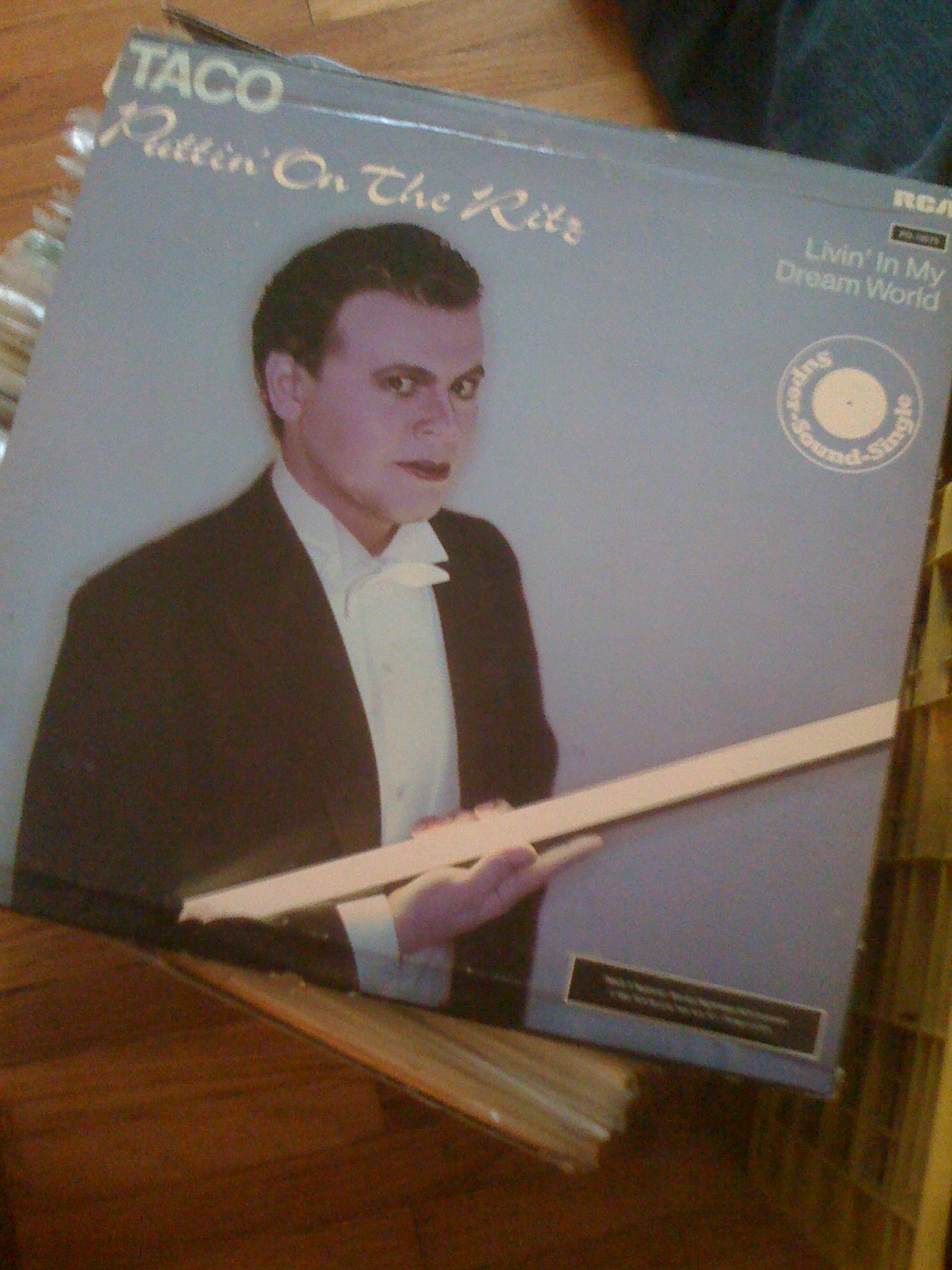 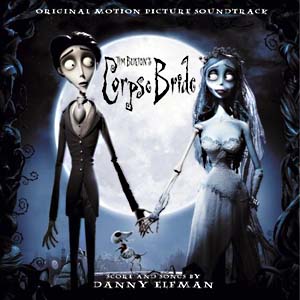 We’re currently SOLD OUT of the Tim Burton Corpse Bride OST double vinyl soundtrack album. It’s just been added to the Turntabling catalog, but how long will it last? It’s a sealed double LP featuring four songs by Danny Elfman, plus the usual Elfman score. Fans won’t be let down…have a look at the clip and you’ll hear classic Elfman at work…how does he keep winding up scoring movies with singing skeletons?