Turntabling has a copy of the vinyl LP the soundtrack for Girl on a Motorcycle for sale. It is first come, first served.
This film is about a woman, a man, the countryside, and a leather suit with a unique zipper. The music is sultry and romantic at times and reflect the freedom of the road at other times. How could this movie do wrong? Turntabling also has a copy of the vinyl LP of the soundtrack to Modesty Blaise for sale.  The soundtrack globe hops like the main character and has some exciting melodies. It’s the clear vinyl remastered limited edition version that we have –first come, first served. Both movies have dream casts, great directors (Jack Cardiff for Girl on a Motorcycle and Joseph Losey for Modesty Blaise) and stunning locations.  Unfortunately for me, that wasn’t enough.

As full movies, I find them impossible to tolerate more that once (That first time-what a chore!). The characters in each were nice to look at (check out the casts in the trailers above , they’re all superstars of the ’60s), but the dialogue came across as stilted.

Maybe there was some behind the scenes problems for those in front of the camera. I’ve seen most of the actors do fine jobs in other films (Marianne Faithful, I’ve only seen as  God on AbFab). For both films I’d rather turn the sound down and enjoy each with the soundtracks on the turntable.

What went wrong with these two films? Perhaps it was the pacing and the passage of time. Perhaps their story lines are dated to my internal story preferences. Thankfully, the soundtracks are fantastic and I heard those first. 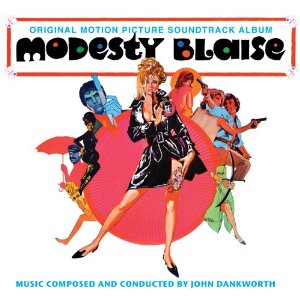 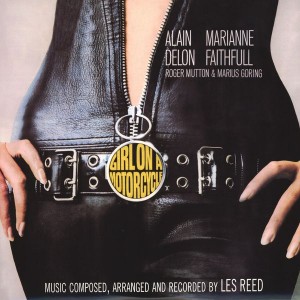