I got an awesome e-mail today asking about the soundtrack for the film Forbidden Photos of A Woman Above Suspicion, AKA Le Foto Proibite Di Una Signora Per Bene. Specifically, the question was, what can you recommend that is similar the Bossa Nova sounds of this film.

That e-mail made my day, and I decided to make an entire post of recommendations for anyone who loves the music you hear in the opening five minutes of Le Foto Prohibite….here’s that clip, courtesy of YouTube, naturally:

Now check out the amazing soundtrack sounds of La Lucertola Con La Pelle Di Donna, AKA Lizard In A Woman’s Skin. Yes, Ennio Morricone actually did a soundtrack for a Fulci film!!!

On a lighter note, check out this by Bruno Nicolai, from All The Colors Of The Dark:

And then there’s THIS, from The Bliss of Mrs. Bottom, by Riz “Cannibal Holocaust” Ortolani. I confess I’ve never seen or heard of this film til today when I researched Ortolani’s Bossa Nova-type output:

Piero Piccioni has a LOT of Bossa Nova sounds. Ignore the ad and get to this one, Bossa Nova Marina pretty amazing.

And finally we wind our way back to the Maestro, Ennio Morricone, for one more, from Metti Una Sera a Cena:

In case you haven’t noticed from all the giallo soundtracks Turntabling has for sale by Goblin, Morricone, Riz Ortolani, and many more, I am obsessed with giallo films, and Italian cinema in general. (Yes Eurocine is basically an obsession, but there’s something about those Italians…)

Here is a fun little helping of giallo trailers–watching these is a favorite Internet time waster at the very least, and can make for a fun evening of adult beverages and random finds on a good night. I’ve spent good money on soundtracks for these films on the strength of having heard the music in the trailer alone–believe it or not, you can do well looking for new soundtrack sounds to obsess over just by watching these! That’s especially true for Spasmo and Black Belly of the Tarantula (see below).

The trailer for Death Will Have Your Eyes looks maddeningly familiar, but I personally can’t remember ever having watched it.

Spasmo is hands down one of the best giallo trailers of all time, and the movie is pretty outstanding too. It’s one of my all-time favorites. The plot twists and turns so hard that when you finally get round to the end, it’s a relief that ANY of it makes sense.

The Black Belly of the Tarantula is also a standout film of the genre, one not to be missed–and that soundtrack! Definitely worth a look–the plot is outrageous, the music is not to be missed, giallo soundtrack vinyl fans… 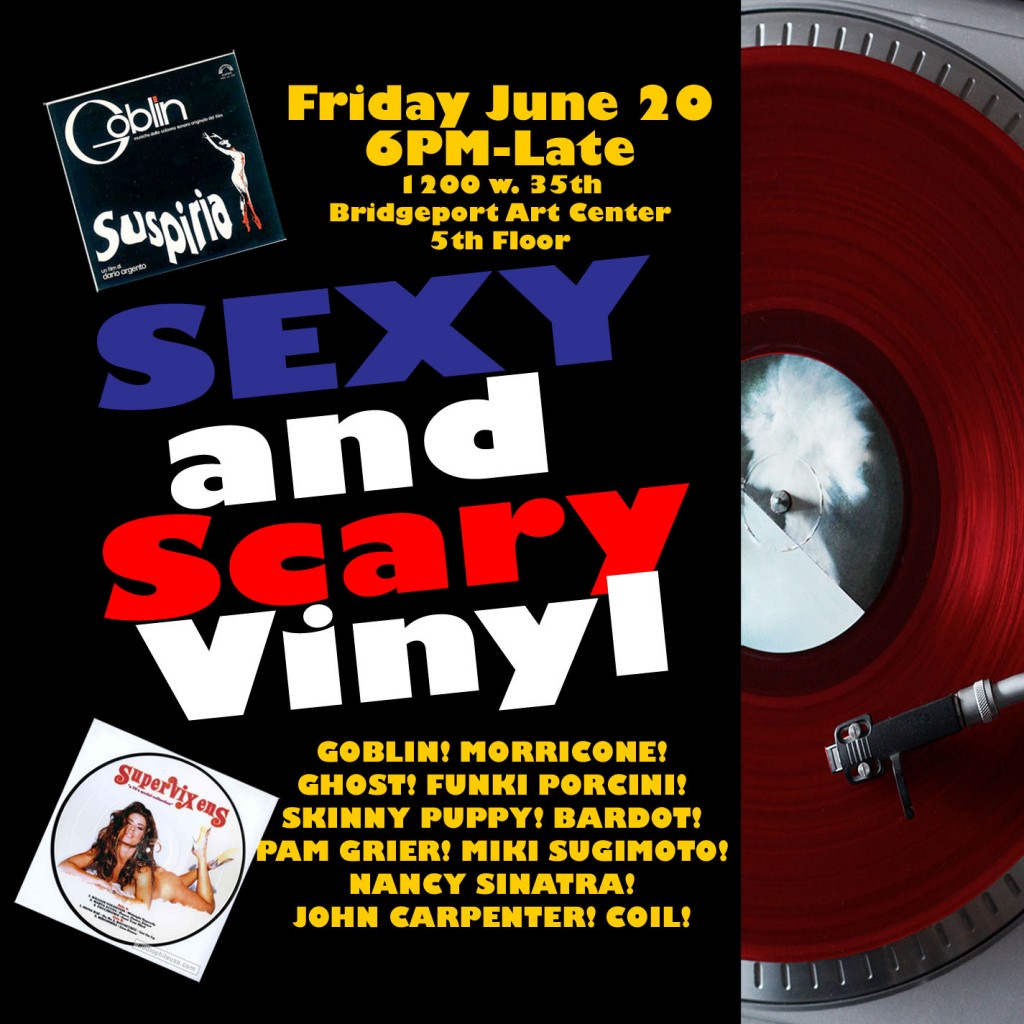 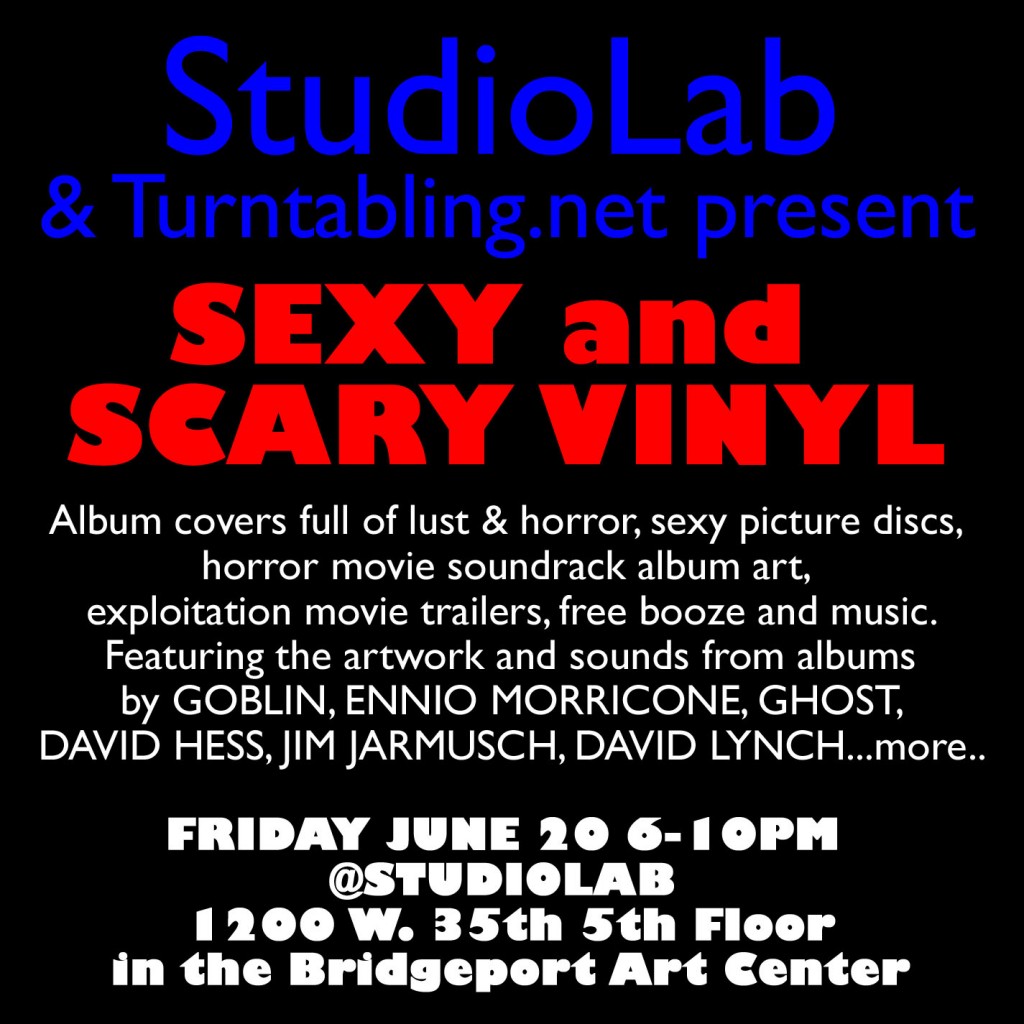 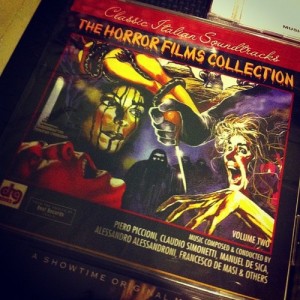 It’s official, Turntabling is back in the record selling biz! I got things started tonight with a nice selection of import and hard-to-find soundtrack CDs, but the vinyl is DEFINITELY on its way.

Turntabling is selling on Discogs.com and soon our Etsy shop will be back up and running, too.

For those of you visiting for the first time, Turntabling is my small, scrappy indie vinyl preservation effort. I’m based in Chicago and I archive rare and weird vinyl, buy/sell/trade LPs and CDs and basically live the vinyl lifestyle. In the spring and summer I do Vinyl Road Rage, which is a cross-country vinyl buying and blogging spree. Last time out it was Chicago to San Antonio, Texas and prior to that I’ve gone from Chicago to NYC and out to many other far flung places.

If you have vinyl to sell or titles you’re looking to buy, do get in touch. You can reach me at jwallace@turntabling.net

Thanks for reading and I look forward to listing tons of rare, unusual, hard-to-find, and just plain amazing vinyl records. Stay tuned…I have thousands of titles, it just takes a bit of time to load em all in!

Shop the Turntabling Collection at Discogs.com