The sexy soundtracks of Eurotrash softcore sleaze movies from the 60s and 70s cannot be beat, and Schulmadchen Report is no exception. The SchoolGirl Report movies were made in Europe, exported to the American grindhouse circuit, and are now on DVD from Synapse films and Impulse Pictures. This soundtrack album features music from the first Schulmadchen Report plus a few other sexy German romps including Die dessierte Frau.

The movies themselves weren’t without controversey. According to one source, “In the United States, the films were released in grindhouses and drive-ins, and the names of the films were changed to conform to American standards. Because the films focused on young girls who may have been under legal age in this country, the Schoolgirl Report series was eventually suppressed.”

Whether or not that’s true, we don’t know–what we DO know is this is one hell of a soundtrack LP. It was released by Crippled Dick Hot Wax and features a gatefold sleeve with liner notes from Video Watchdog’s Tim Lucas, who always has plenty of insightful things to say–the liner notes alone are pretty amazing. On Gert Wilden’s music he says, “Wilden’s wholesome brand of psychedelia  made sexual activity seem adventurous and healthy…”

That observation alone should make curious soundtrack junkies reach for the record.

Check out the music on the fan-made video below–the song is the opening track on the album. We were completely sold on this from the second we heard it.

You can buy Schulmadchen Report from Turntabling for $25.00 plus shipping. This is a sealed, unopened import vinyl LP with a gatefold sleeve. Schulmadchen Report ships oversease–postage may be extra depending on destination. We will bill you or refund postage where appropriate. Turntabling calculates shipping based on weight and destination only–no inflated shipping fees for us! This is available in limited supply–when they’re gone, they’re gone. 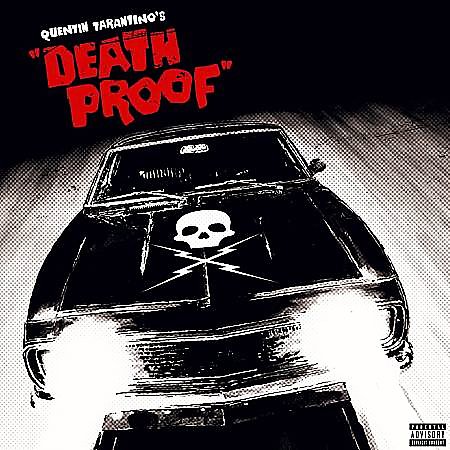 Death Proof is a grab-bag of musical styles, all of them great. From Chick Habit by An April March to Jack Nitzche’s Last Race, (with a little Morricone thrown in for good measure), the soundtrack album for Quentin Tarantino’s Death Proof is a great time from start to finish. Hell, even Pino Donaggio gets a look in with Sally and Jack.

Regardess of whether you’re into the shorter Grindhouse version of Death Proof, or the extended feature-length release, if you’re a fan of the movie, you need to own this record on vinyl the way God intended it. Sure, you could just get the compact disc, or re-watch the flick (guilty of an excessive number of re-viewings on the Turntabling screen) but the vinyl experience for this particular slab of vinyl is outstanding. A true classic.

Yes, you’re reading the rant of a Death Proof fanboy–fully aware of the movie’s shortcomings and not caring one little bit. The album is fabulous and there’s no denying it.

UPDATE —SORRY, DEATH PROOF IS SOLD OUT! It is quite rare these days…. 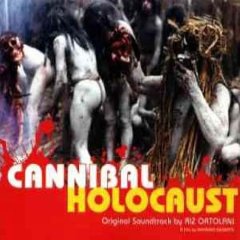 Believe it or not, Amazon.com is a good place to pick up bizarre and obscure works–if you know where to look. The soundtrack to the infamous Cannibal Holocaust is a prime example. Unfortunately this is NOT a vinyl copy, but the CD edition for between $11 and $17 depending on which indie Amazon vendor is hawking it.

Sadly, the vinyl version of this is damn near impossible to find. I am still on the hunt for a copy–call it a holy grail of sorts. The movie itself will repulse you, but it’s also fascinating and hard not to watch. It succeeds as an actual work of grotesque art–Cannibal Holocaust manages to transcend its low-budget grindhouse intentions and make you forget that you’re watching a moive. Agree or disagree, for those who love the soundtrack music of Italian genre films, the music works as well as the film itself.