I am a rabid fan of bad album art, but I am also a collector of weirdness on vinyl. Sometimes weirdness manifests itself by goofy juxtapositions of style and content–the Ethel Merman disco album or the Lord of the Rings Disco Theme are two great examples. And then there are the vinyl record projects that are so brain-crushingly odd they defy reason.

For example, why did the artists choose to create an album where they musically interpret the work of abstract painter Paul Klee? That’s exactly what The National Gallery decided to do on the record titled “Performing Musical Interpretations of the Paintings of Paul Klee”. 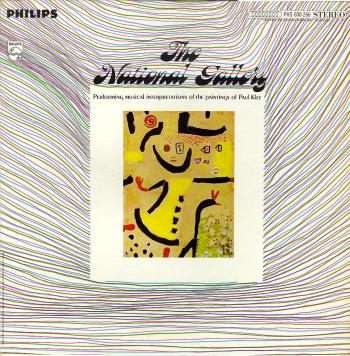 What’s more, it’s going for upwards of $65!! Apparently Chuck Mangione–famous in the 70s for being a horn blower in the same way Kenny G was famous in the 90s for saxophone warbling–wrote some of this. What I want to know is WTF exactly was going through their heads (acid?) when they decided the project should be committed to vinyl. Maybe it sounds awesome–I have no idea, but as a CONCEPT it’s amazingly left-of-center. Bravo.

What would you say if you were sitting in your record executive’s office and someone approached you about releasing a vinyl LP, presumably aimed at the kiddies, featuring a then-famous cartoon character? Good idea, right?

But there’s just one problem with Pink Panther Country as a concept–the Pink Panther character in those original cartoons NEVER SPOKE. And on top of that, the music the show was known for was a very jazzy, hepcat sort of sound–not country. Regardless, somebody saw fit to issue this little nuttiness on vinyl–as a picture disc to boot! 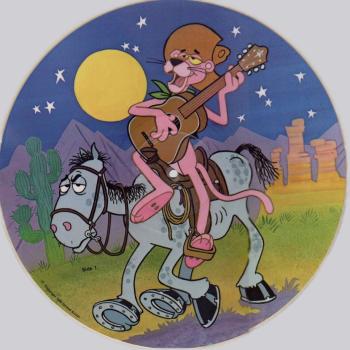 And finally, there’s my favorite of the bunch in this post–something which now seems so wrong-headed and insane that I can’t imagine it ever looking like a good idea unless you were in the middle of a bag of blow.

In the 70s, when disco exploded and everybody and their grandma dropped ‘ludes and wore silver lame, some marketing genius thought it would be a good idea to get the KIDS emulating their drugged-out parents in some fashion, no doubt pretending the local Rotary Club was Studio 54. If only they had thought to combine quaaludes with breakfast cereal, this might have actually made sense in a sort of Doctor Evil context: 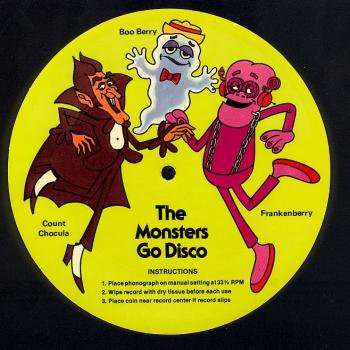 I do not own ANY of these records…yet. I am now on a mission to locate them so I can report more fully on the contents. This nonsense deserves to be heard. Credit where credit is due–I discovered ALL this insanity at the super-awesome FrankLaRosa.com vinyl gallery, which is fearsomely impressive. My mind has been permanently damaged by his collection of amazingly weird records. I highly recommend a visit.

If you found the Turntabling table at Flashback Weekend, or any other convention Turntabling sells at, you probably get the (correct) impression that Turntabling has a soft spot for weirdness on vinyl…and this clip from 90’s era David Letterman proves that weird has a broader appeal…at least when it comes to record collecting. The highlight of this clip has to be the album featuring recorded conversations with New York City cab drivers. Somebody actually PAID to have that pressed up…and now I want one. 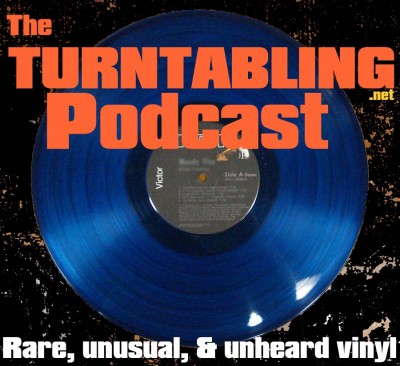 (Click the image to play or see the link below)

The very first Turntabling Podcast is now up and running for your listening enjoyment. First episodes of ANYTHING are painful, rough, cheesy and difficult to be enthusiastic about once the next and much-better-sounding editions go up, but for now this maiden voyage of the Turntabling Podcast will have to do.

The idea behind this show is not so much to do music CRITICISM, but something more along the lines of vinyl ARCHAEOLOGY. Consider this a voyage into the dark, scary underbrush of vinyl. Where the monsters live, at least according to local superstition.

In this first episode, Turntabling discusses born again christian new-wave music by Steve Taylor, an Australian experimental album called Tape Projects 06, the frightening and funny Hilarity And Despair: American Answering Machine Tapes Volume One, plus a listen to choice bits off the Irritainment album by Guyana Punch Line. Sore throat music isn’t for EVERYONE, but some people like it.

Listen to the first-ever Turntabling Podcast, and remember that just like Dan Savage would say…it gets better. Episode Two should be FAR more entertaining, but don’t let my saying that deter you from hearing these weird vinyl cuts…they’re worth it.