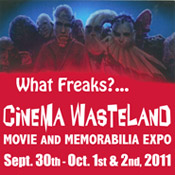 I promised a trip report on Cinema Wasteland–one of my favorite conventions to set up the Turntabling booth at. This time out there were plenty of vinyl junkies to talk shop with, and as usual, the entire weekend flew by faster than you really want it to.

For those who have never been, Cinema Wasteland is, as the name implies, a movie expo featuring underrated, indie and otherwise non-mainstream films, stars, memorabilia and ephemera. There are a lot of indie filmmakers at the show representing their latest work and plenty of well-recognized luminaries signing autographs. 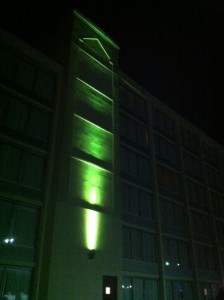 For me, Wasteland is a chance to put the Turntabling Collection in front of a lot of people who haven’t seen it before and rub elbows with my favorite artists, bloggers and filmmakers. This year Turntabling hit the road early to spend some time in Cleveland before the show craziness started.

Here’s a little collection of images from the trip–I’d like to say thanks to everyone who supported Turntabling by purchasing vinyl, CDs, or one of our hand-silk screened record totes or t-shirts. We had a little collection of tees and bags that sold quite well and have gone a long way toward supporting the site–THANK YOU! And special thanks to KitleysKrypt.com, Don and Nina England, Ken and Pam Kish (the organizers and hosts of Cinema Wasteland) and many others for making the trip so amazing. 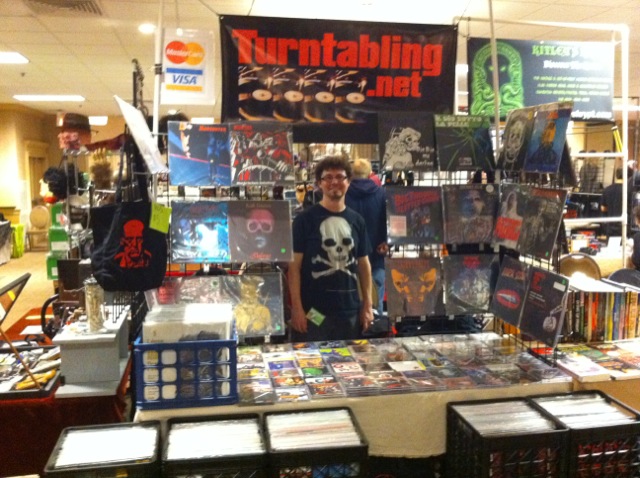 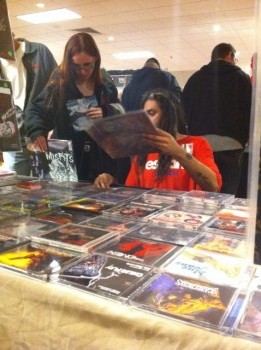 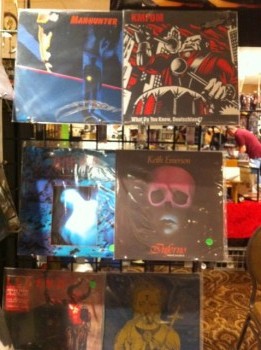 Why yes, that IS a copy of “What Do You Know, Deutchland?” by  KMFDM. That’s also a Christian Death album, right next to the Legend soundtrack. Tasty. 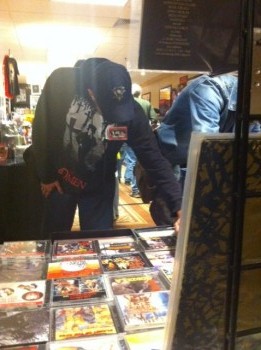 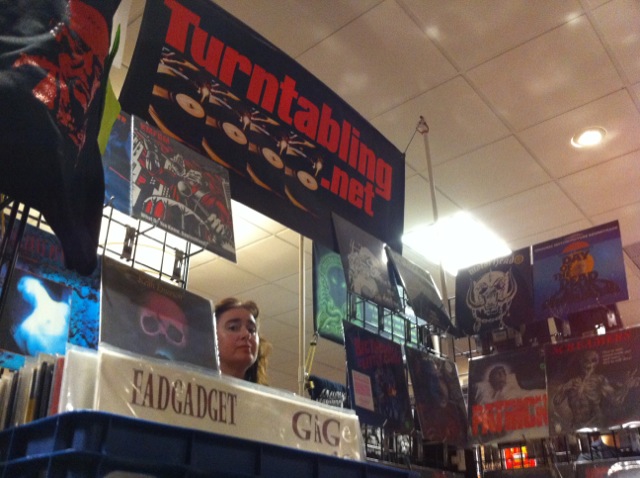 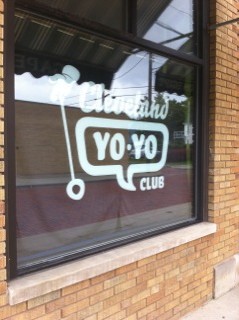 Local color…I wish this place had been open when we were there…looks fun! There are LOTS of great places to shop in Cleveland, including the crazy retro shop that carried this Richard Wagner action figure: 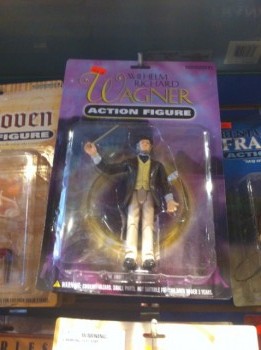 There was just too much awesomeness in Cleveland for ANYBODY to call it “The Mistake By The Lake” as we’ve heard so often here in Chicago. Pay the scoffers no mind, Cleveland and Cleveland Heights are wonderful stops for a vinyl junkie and retro fiend.