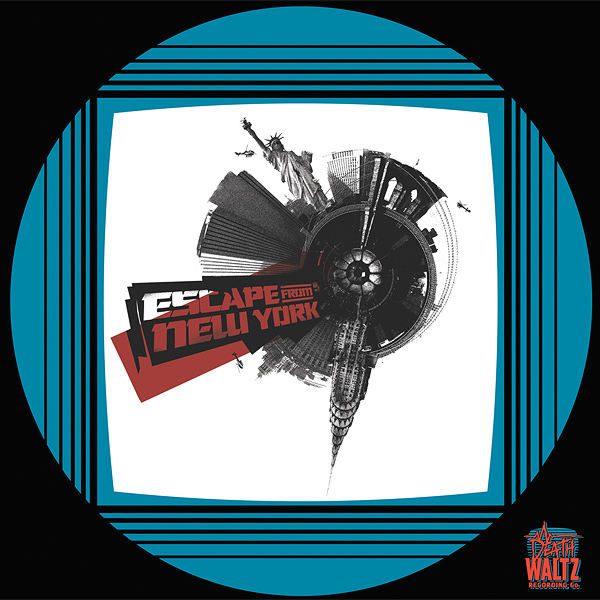 Turntabling does indeed sell vinyl records–rare vinyl, hard-to-find LPs, strange records, interesting and out-of-print albums, collector’s items and generally awesome records. A lot of extremely collectible records pass through my collection and wind up for sale at horror and sci-fi fan conventions, on the Turntabling Discogs.com shop, in my Etsy store (see the links in the righthand column) and elsewhere.

There are two reasons why people buy from Turntabling. One, I do pride myself on finding rare and obscure vinyl. I have interests that span a variety of genres including industrial music, electronic/experimental, dub, reggae, psych, spoken word, and new wave. I look for things I myself want to own, and often wind up with duplicates for one reason or another. One of those reasons is that I buy record collections (get in touch with me at jwallace242@gmail.com for more information).

But the most important thing you should know about Turntabling–the proceeds from all these record sales go to fund Vinyl Road Rage and the Turntabling site in general. When you buy from Turntabling, you’re supporting the site financially–that’s something that’s really important to me and I truly appreciate that support. Thank you to all those who buy vinyl and CDs from Turntabling on Etsy, Discogs, at the conventions and elsewhere. You are the reason why the site still exists!

Explore the Turntabling Collection vinyl records for sale on Discogs.com. 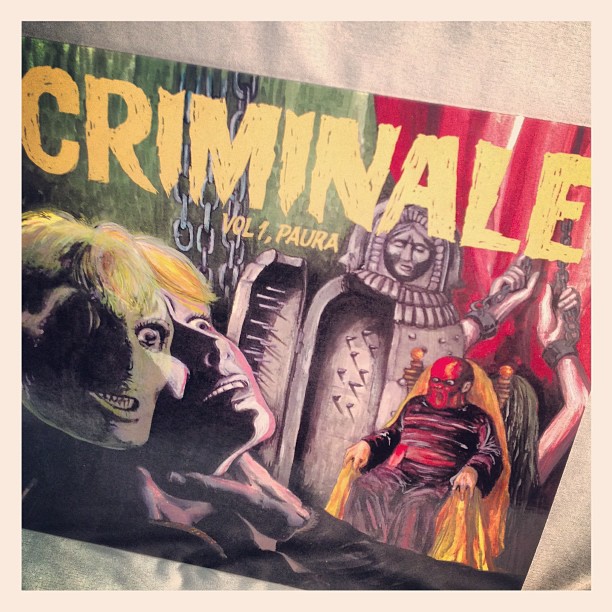 This very limited edition CD/LP combo release features music from the Flipper library, and what a collection it is! Not a clunker in the bunch. This is Italian thriller/giallo/psycho funk music from some of Italy’s best film/television composers including Alessandro Alessandroni, Ugo Busoni, and the mighty Fabio Frizzi.

I strongly recommend this release on Penny Records. If you own even ONE Easy Tempo LP or are collecting Italian soundtracks, you owe it to yourself to check out both volumes of this series before they are gone for good. 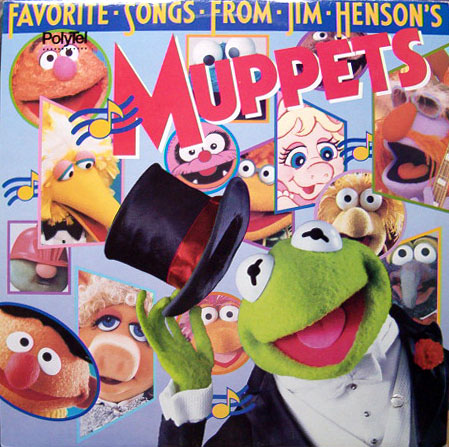 …in this case that is quite literally the name of the blog, and I am an absolute sucker for stuff like this. Another Crazy Vinyl Blog is recently updated, has a nice back catalog of posts to browse through, and not crammed full of the same old album covers that have made the rounds again and again.

This is a new discovery of mine and I’m looking forward to diving in to see what mad treasures await. I DID find one cover on this site that appears to feature a nude Judy Collins…no, strike that, it DOES feature a nude Judy “Send In The Clowns” Collins. The image below is courtesy of Another Crazy Vinyl Blog. Judy Collins fans, avert your eyes! 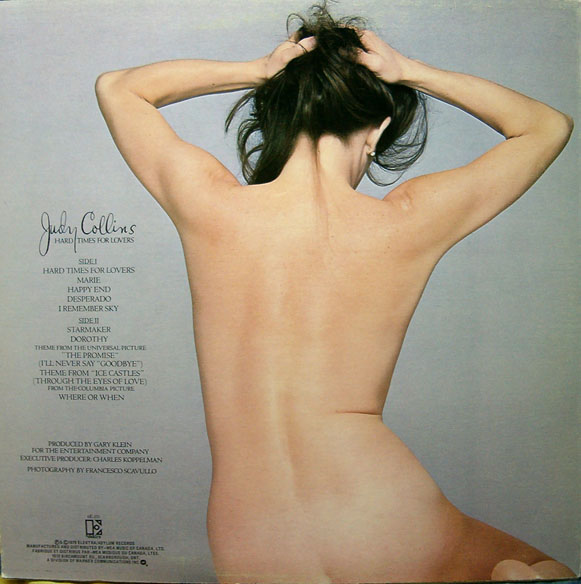 Yes, Another Crazy Vinyl Blog is among my latest vinyl-bloggin’ obsessions. THANK YOU FOR EXISTING! 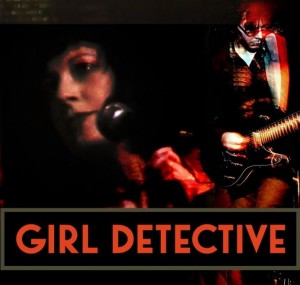 Rani Woolpert and Jay Oppman are Girl Detective, a Chicago-based postmodern/alt-rock duo who create lush, often shoegazey sounds that call back to the best of the 80s-era 4AD bands. Since Woolpert featured Turntabling’s “house band” and DJ multimedia project Paisley Babylon a while back during her stint on Transistor Radio, we thought it was high time to return the favor. Especially since Girl Detective performs live on Monday, April 30, 2012 at 8PM at Martyrs in Chicago located at 3855 N. Lincoln Avenue.

Describe the Girl Detective sound–your press kit defines you as an experimental, cerebral…listening to tracks like “Life’s A Movie”, it would be easy to associate GD with the as-of- then defined “Post-Modern” sound, that later got shoehorned into “Alternative”. But what are YOU thinking?

Rani: Boy, for me that’s a super tough one. I listen to tons of music, but have never been very good with labels or genre tags. I’m going to leave that to Jay to elaborate on any specific titles. People who have heard our music have used those labels you mention, and that is where we got those from. I saw it and thought… yeah, that sounds like us. I can say more of where we come from, though, as far as our influences.

When I first heard Jay’s music, I had been working with someone else to write songs and was having difficulty trying to create melodies and vocals. I was using this other musician’s songs, and they were more electronic and I felt like I needed a solid guitar sound in there to give me a background to come up with vocals.

I did a Craigslist search through musician postings and found Jay on there and linked to his page. I had been looking for someone with a Robin Guthrie (Cocteau Twins) – type guitar sound, and when I heard Jay’s samples online, I was totally blown away. His music was really dark, and made me think of Depeche Mode as well, which is one of my all-time favorite bands, and I was really impressed with his guitar playing and just the overall sound. I contacted him and we did a little with that other project, but I said I’d also like to see if I could try writing some vocals over his music, as I thought it was just so cool! A bit more about what I’m into… I listened to those other bands I mentioned, but also to Sisters of Mercy, Bauhaus, New Order, Siouxsie and the Banshees, Jesus & Mary Chain, The Smiths—just so many of those fantastic 80s bands.

They have been in my bloodstream, you could say, since they were part of my teen years and I’ve never been impacted by music in the same way since–that is the language I speak. In the creation of a vocal sound, I don’t try to go for anything. I’m just singing, but I think what I love does come out someone in there. I think Morrissey, Dave Gahan, Martin Gore, Elizabeth Fraser (Cocteau Twins), Peter Murphy and Sinead O’Connor are all mixed in there somehow, as those are the people I most sing
to/with.

I can say more about what I’m going for as a person coming from a visual arts background. I have a background professionally in motion graphics and some audiovisual art direction and I have an interest in creating/crafting rich environments like Bill Viola has done with some of his sound/video installations and like Laurie Anderson was doing with her performance art that also integrated A/V and kinetics. I sort of live in this rich dreamscape in my mind and it’s multi-level.

Jay’s songs are a rich soundscape and they already have that going on. For me, as a vocalist, I want to tell stories and go to some other place with what I’m doing. So, when I come up with vocals (which are usually completely improv) I am kind of accessing that state to make them at all. And, I think that the music is actually being received that way, as that is some of the feedback we’ve been receiving—that sense of otherworldliness or something. It’s astounding, as I have that in my head, but would have no way of knowing how to put that out musically. But I think it’s just happening. What would you call that genre?? Again, that’s a tough one!

Jay: If music was a drink and you wanted to order a Girl Detective you would mix The Cure, Siouxsie & The Banshees, Cocteau Twins, Depeche Mode, Joy Division/New Order, The Church, Dead Can Dance with maybe a touch of The Beatles and Pink Floyd.

Girl Detective is a duo, so there’s obviously a bit of a challenge re-creating the lush sounds of your studio work on stage. What do you and bandmate Jason Oppman do to keep the music as multi-layered as what you’re doing in the recording studio? Or have you stripped the sound down to a more basic approach for the live gigs?

Rani: Yes—that is a challenge. Our sound is a really rich tapestry and we want people to experience the depth of it at a live show. I know when I go to see music, I really want to be taken out of my day-to-day thoughts. Just like with movies. I want to live in that world for a while. And, we want to do that with our live shows—to envelop the audience within a blanket of sound. So, we wouldn’t want to strip the songs back any. Actually, kind of the opposite is true. Vocally, I’ve been pleased with my voice just given some house reverb, although we are working within our own arsenal of tools (Jay has tons of expensive gear!) to create a more fine-tuned solution for the live sets.

Jay: As Girl Detective is in the early stages, we are using our backing tracks of drums/bass/piano/synth from our studio recordings and doing all guitars and vocals live. As we evolve we may play bass and piano live, too. I would imagine for certain shows we may possibly go with a stripped down version of a few songs depending on what type of venue and event we are playing, but at this point we want listeners to first hear the songs with the lush sound before taking any layers away as we want them to become familiar with our sound/style.
END_OF_DOCUMENT_TOKEN_TO_BE_REPLACED