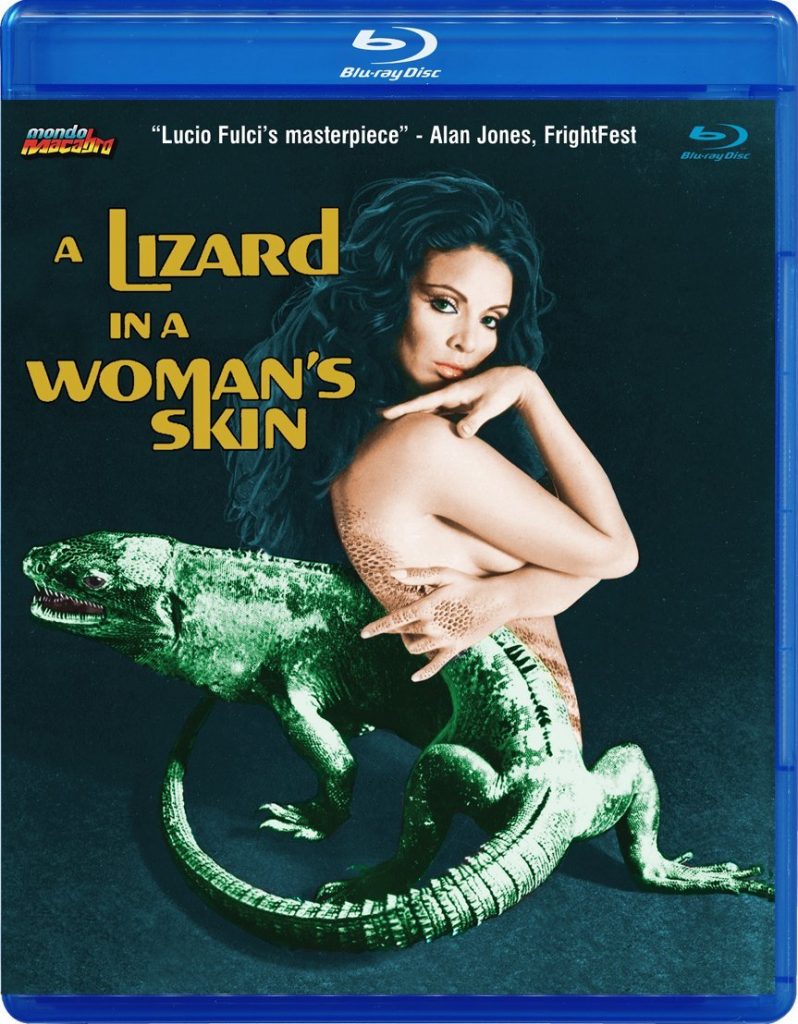 Ennio Morricone’s soundtrack work automatically classes up any film he’s attached to, and Lucio Fulci’s Lizard In A Woman’s Skin is no exception. The movie itself is super-trippy, surreal, and a fun watch. But the soundtrack is such a massive part of this film that it’s really hard to separate the two.

If you need proof of that, here’s the trailer (available on Youtube while it lasts, naturally. You know how these things go…)

Yes, we love trailers at Turntabling, and can’t get enough of these, so we like to post them as often as we can. The Dario Argento / Ennio Morricone connection never gets old, and this movie features some great work by Morricone with some nice prog touches and the usual moody, “death is creeping up on you” swells and swoons.

Some complain about the pacing of Four Flies on Grey Velvet, but die-hard giallo fans can’t get enough of this. Turntabling has at least one copy of the soundtrack on AMS/Cinevox. It’s a great vinyl record! Buy the Four Flies On Grey Velvet soundtrack from Turntabling while supplies last.

If you need a copy of the movie you can always check out the MYA reissue which seems to be more readily available these days-it’s a DVD version of Argento’s Four Flies on Grey Velvet that some might feel is quite as obsessive or stunning as an Arrow Video release, but if you are dying to see (and own) a copy, this is one to look at.

Speaking of Arrow Video, their two-disc edition of Dario Argento’s Cat O’Nine Tails is DEFINITELY something you should invest in-Arrow puts so much care into these releases, it’s very difficult to praise them enough. The soundtrack by Ennio Morricone gets REALLY experimental on this one, and it’s one of his all-time best if you are into dissonance, surreal sounds, and a wildly unpredictable sonic journey with just enough jazz influence to put this on a completely different level even alongside the Maestro’s other work of the period.

And no recommendation of Italian cinema featuring Morricone’s work would be complete without a mention of the terrific Black Belly Of The Tarantula, another unusual journey into the wild, unpredictable world of Giallo films, this one featuring a killer fond of paralyzing people with a poison-tipped needle before doing the unspeakable crimes.

This soundtrack is a prize amongst some giallo lovers, at least the ones around here. You can buy The Black Belly of the Tarantula by Ennio Morricone on vinyl from Turntabling while supplies last, but do be sure and check out the trailer below if you haven’t seen this outstanding Italian film from 1971.

And finally, giallo fans hooked on The Black Belly of the Tarantula should not pass up the chance to see The Fifth Cord, which is yet another Franco Nero giallo, this one kicking off on New Year’s Eve and going right into the black-gloved, fedora-wearing madness! Yes, at Turntabling, this one goes on the player EVERY New Year’s eve (or day) along with New Year’s Evil, which is a classic of a whole ‘nother kind.

Check out the trailer for this one below (while it lasts on YouTube), and keep your eyes peeled for a vinyl copy of this one-not as easy to find as one might think! 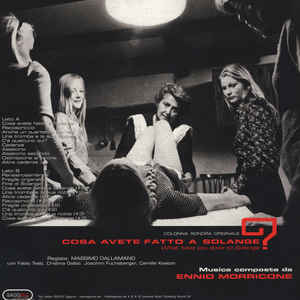 Ennio Morricone’s soundtrack for Cosa Avete Fatto A Solange? (What Have You Done To Solange?) is, for obsessive Morricone lovers at the very least, a MUST-HAVE. The lurid album cover art, the salacious set pieces, and the dreamy vocalizations of Edda dell’Orso make this one of the all-time greats of the era. Have a good look (and listen) to the trailer and you might just catch yourself wondering why you never checked this one out before. If you already know, imagine how it great it would be to hear this for the first time all over again.

Buy the vinyl soundtrack for Cosa Avete Fatto A Solange? (What Have You Done To Solange?) from Turntabling while supplies last! It’s a limited edition re-issue on clear red vinyl.

(We include these trailers because, let’s face it, trailers are awesome…but sadly some get removed after a time and while we have no control over THAT, we do like to bring them as long as they are available. If you experience a broken trailer link here, apologies…but blame YouTube!)

Jess Franco did a wonderful thing by bringing on Morricone conductor (and soundtrack legend in his own right) Bruno Nicolai on board for his film referencing de Sade…this one is also back in stock and features the super-groovy Drug Party track worth the price of the LP all by itself. 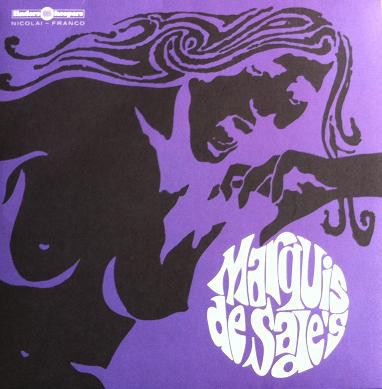 This vinyl LP of the Marquis de Sade’s soundtrack by Bruno Nicolai is for sale in the Turntabling shop while supplies last. This is the Finder’s Keepers reissue from 2013 and is getting more hard to find all the time.

You can also view the entire collection of vinyl for sale from Turntabling. 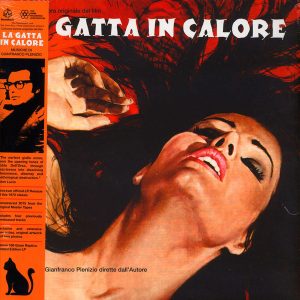 The soundtrack is HIGHLY recommended, and you can (at the time of this writing for as long as the video stays online, hah) get a good look and listen via YouTube. If you feel motivated to buy after watching the full-length film below, Turntabling has limited quantities of the La Gatta In Calore soundtrack for sale, available as a 2015 Australian repress with extensive liner notes and GORGEOUS album artwork.

Buy the soundtrack to La Gatta In Calore from Turntabling.

We are about to add a nice selection of titles to the Turntabling shop, but as we are processing new arrivals, have a look at some of THESE amazing vinyl records still in stock and getting more rare by the day, from the looks of things! 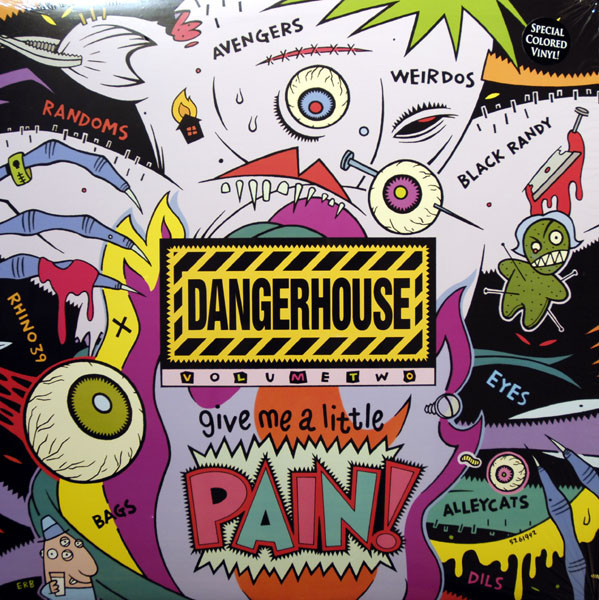 This awesome Dangerhouse compilation includes the legendary X (John Doe and company, not the Japanese band of the same name), The Alley Cats, Black Randy, and the Dils. Some will gravitate heavily towards the Avengers track, oh yes indeed. You can buy the Dangerhouse Give Me A Little Pain compilation LP from Turntabling. 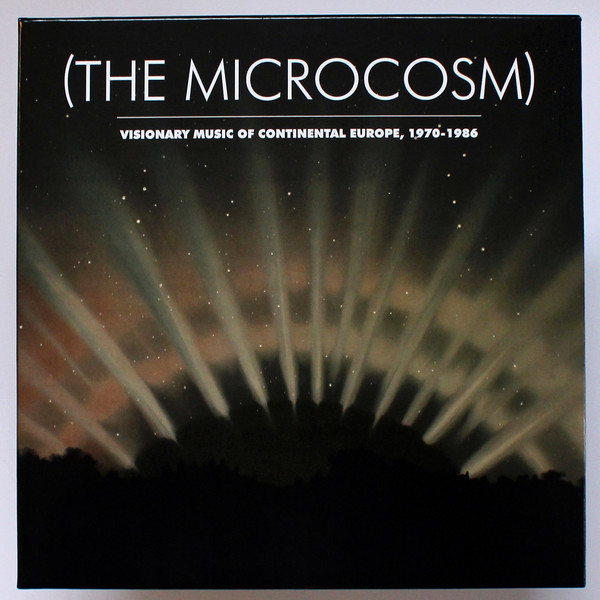 Another EXCELLENT compilation we have a VERY limited supply of,  this one features legendary acts including Popol Vuh, Vangelis, Deuter,  Ash Ra Tempel, and many others. This is a THREE LP compilation set and worth every penny. Buy The Microcosm: Visionary Music of Continental Europe from Turntabling. 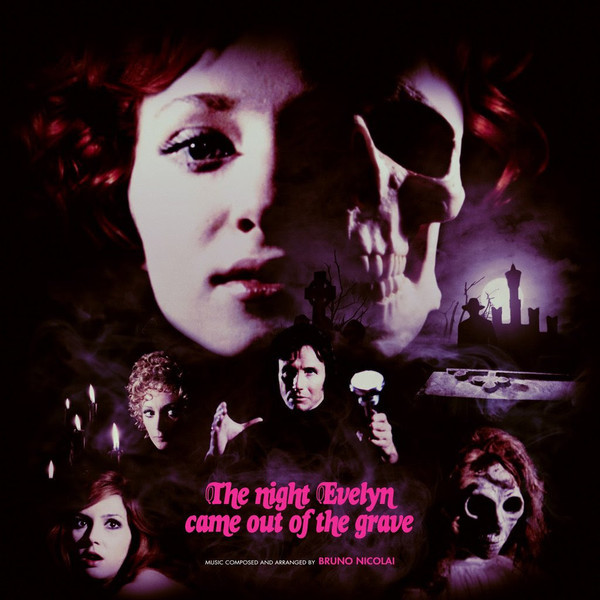 Definitely not a compilation, but this stunner from Morricone conductor Bruno Nicolai is a totally must-have soundtrack for any fan of the giallo genre. The movie itself is entertaining as hell, with twists, twists of previous twists, and plenty of scenery chewing by Anthony Steffen, who plays a character described by the IMDB as a “wealthy pervert”. If that doesn’t get your full attention, you probably don’t need to see this film.

Buy the soundtrack vinyl LP for The Night Evelyn Came Out Of The Grave from Turntabling. Did we mention this is a double-LP color-vinyl edition featuring one LP in blue and one LP in red? With a gatefold sleeve? Oh, yes…this one’s great.