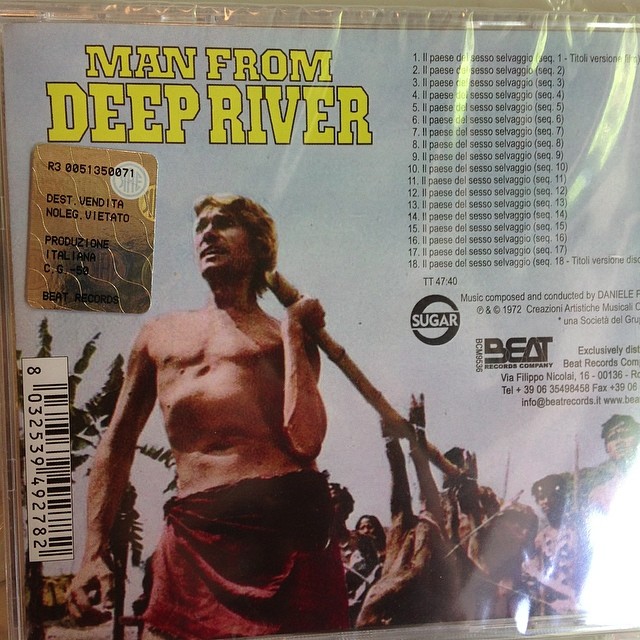 And yes, Turntabling DOES sell rare, hard-to-find, weird, and just plain cool soundtracks on CD too. We’re at http://www.discogs.com/seller/Turntabling on Discogs.com

BACK IN STOCK at Turntabling

Morricone really outdoes himself on this one. From the proggy jam on the opening titles, to the trippy, echo-laden sounds and creepy atmospheres later in the album, Four Flies On Grey Velvet is definitely a keeper of a record, no matter what you might think of the movie itself.

Some feel Four Flies on Grey Velvet is a weak entry by Argento, but the quirky characters and the fact that Morricone’s score threatens to become a character in the movie itself gives this one a special, left-of center place in the Turntabling 70s movie hall of fame. It’s become one of our favorites.

The movie is atmospheric, creepy, and has some really excellent, moody set pieces. We can’t say enough about Morricone’s music on this one–there’s a haunted quality about it that lends plenty to the film–in lesser hands, who knows?

The soundtrack is presented here in a beautiful gatefold sleeve and is pressed on glorious 180 gram vinyl. Buy the Four Flies On Grey Velvet OST vinyl LP for $29.00 plus shipping while supplies last. This is an imported, sealed vinyl album pressed in 2001 on Dagored.

Have a look at the trailer for Four Flies On Grey Velvet. We recommend watching this movie late at night in a darkened room. We tried it in the daytime, and it just doesn’t work the same way…